Teacher Wears Bodysuit To Give Science Lesson For Third Graders 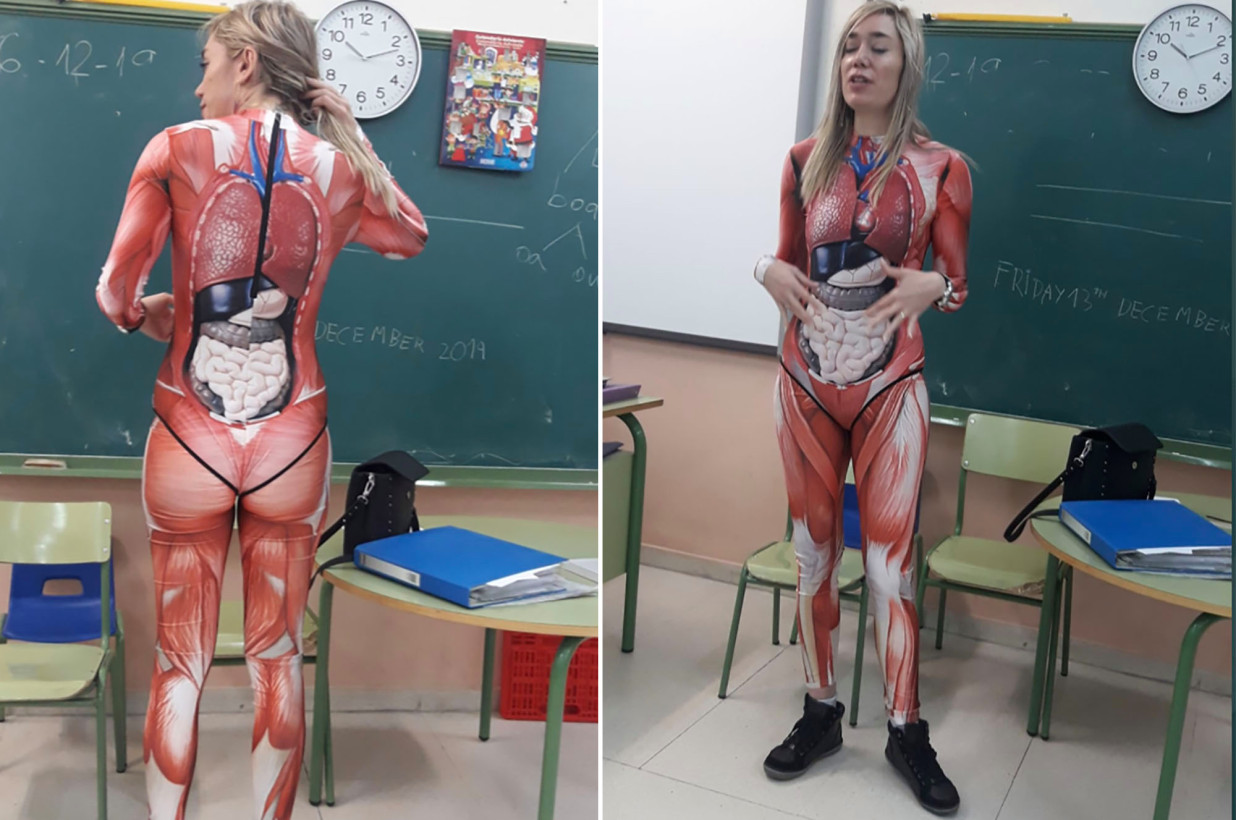