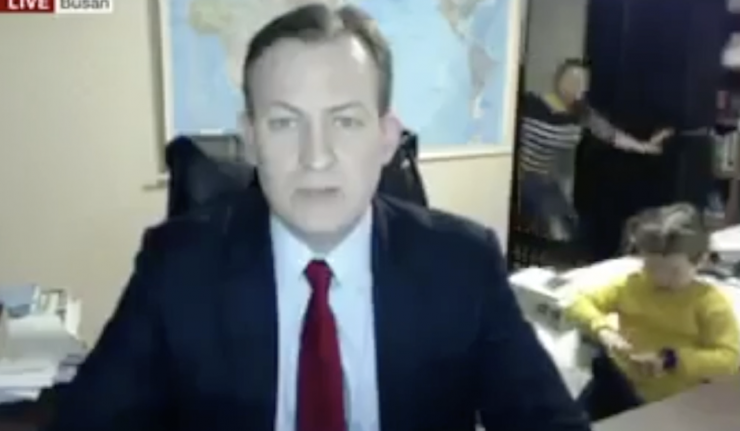 March 10, 2017 – A clip from a BBC news program went viral today after Robert Kelly, professor of political science at Pusan National University, was interrupted by his children crashing into his home office. While Kelly was in the middle of a deep thought about South Korea, everything went sideways:

While some found the whole thing adorable, there were many that didn’t care for his parenting…you decide:

Is it Funny or Offensive? Vote and Comment now…