September 19th, 2016 – The 68th Annual Emmy Awards aired last night and as Jimmy Kimmel played host for the second time, he threw out some awards as well as some controversial jokes. Getting the most Internet rotation today is a bit he did with the overhead announcement that Bill Cosby was walking out to present an award.

The expected applause and cheers were nowhere to be found and a few awkward beats passed until (what we’re assuming is the best camera operator in the business) panned to recent Emmy award recipient Tina Fey. With a shocked, open mouthed expression, she quickly said to long-time friend Amy Poehler “Oh, this has to be a joke.”

Jimmy Kimmel entered the stage and announced that, in fact, Bill Cosby would not be handing out any coveted statues. “Don’t worry he’s not really here,” Kimmel said. “I just wanted to see what you guys would do.” Cosby, who will stand trial in June 2017 for three counts of felony aggravated indecent assault, has been a target plenty of times during award show zingers.

Fey and Poehler showed off their impression skills and their opinion of Cosby while hosting the 2015 Golden Globe Awards.

This stunt, however, gained a lot of criticism from viewers who thought it normalized rape culture. 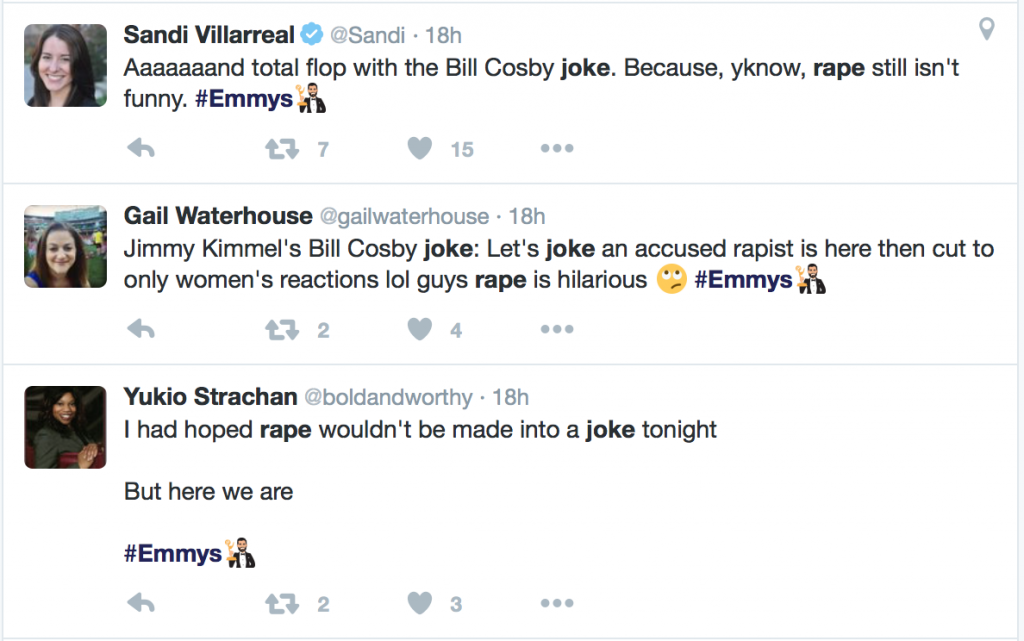 Kimmel powered through and made a few more jokes that may have ruffled the feathers of both Trump supporters and the transgendered community. Referencing Mark Burnett, the creator of The Apprentice, Kimmel said “If it wasn’t for television, would Donald Trump be running for president? No, he would be at home right now quietly rubbing up against his wife, Malaria, while she pretends to be asleep.” And while discussing Transparent, a show that follows a family learning that their father is transgender, Kimmel made a joke about the show changing its identity. 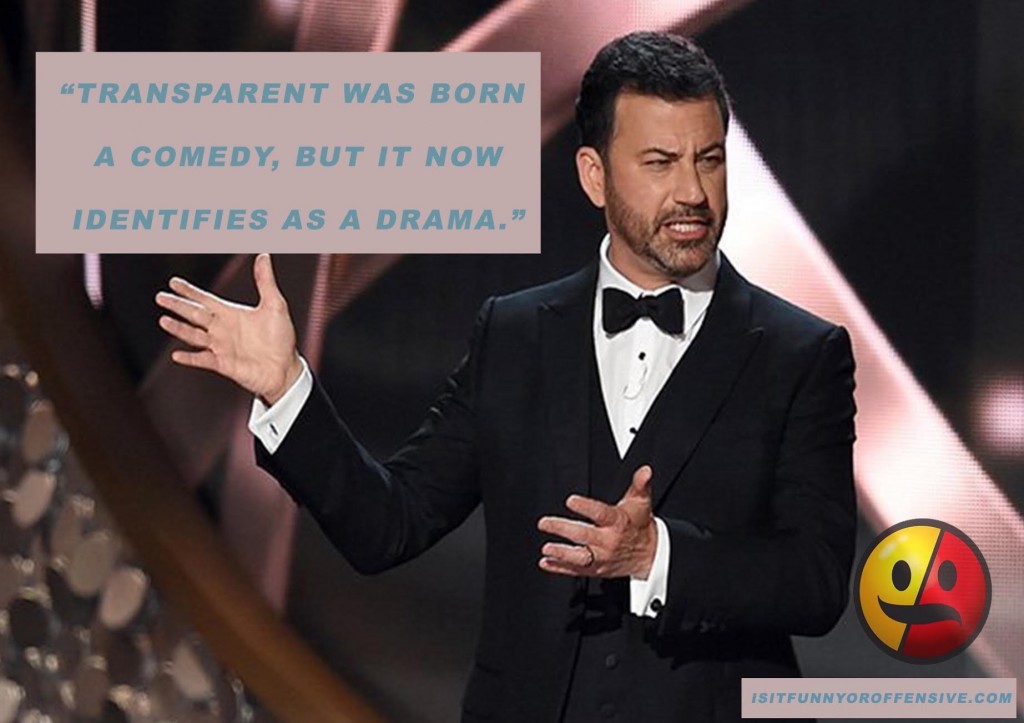 Do you think Jimmy Kimmel’s joke about Bill Cosby was Funny or Offensive? What jokes from last night’s show crossed the line for you?