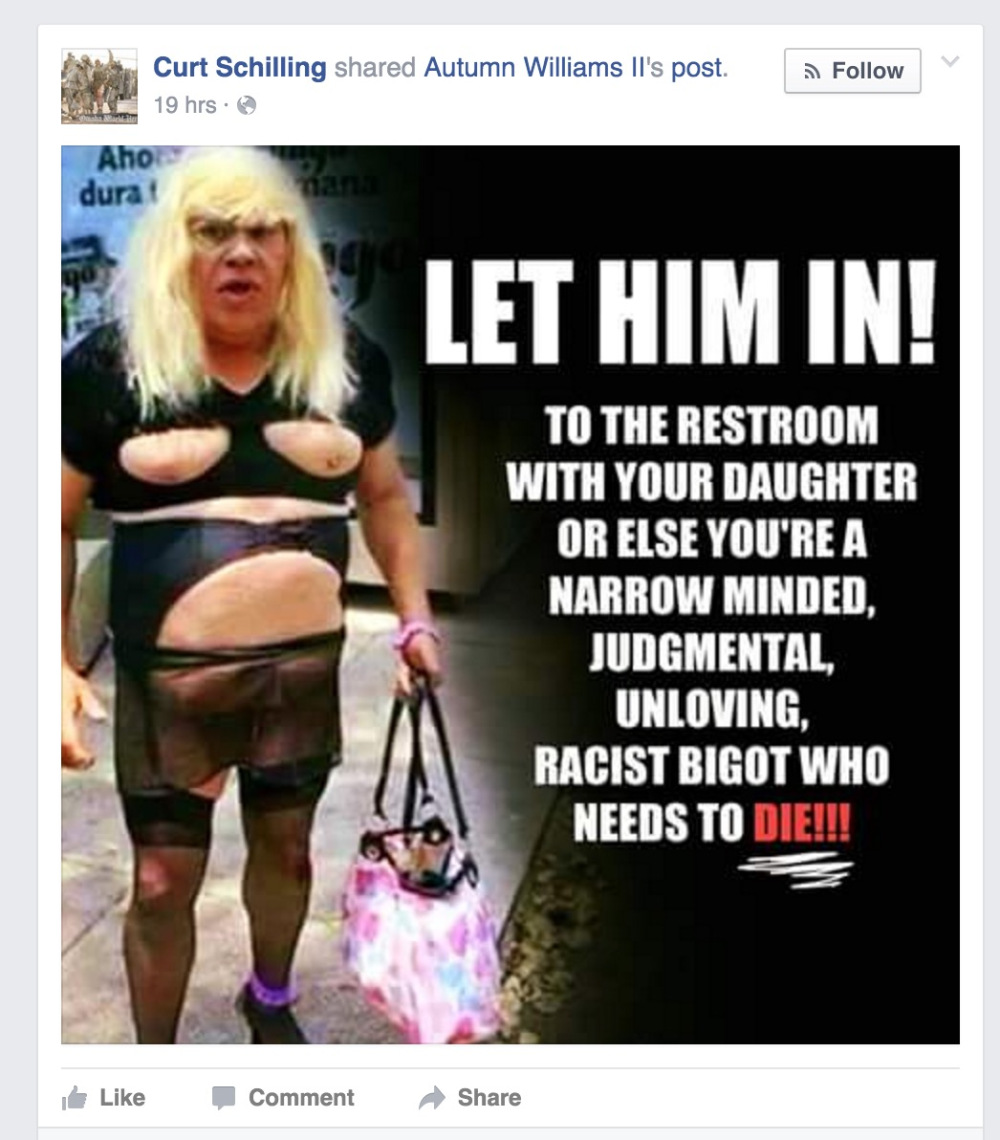 One thought on “ESPN Killing Schilling Over Trans Meme”