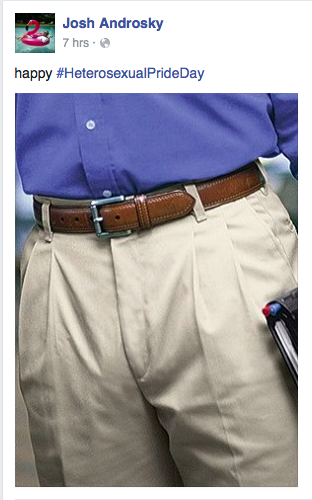 One thought on “#HeterosexualPrideDay Straight Up Trending”