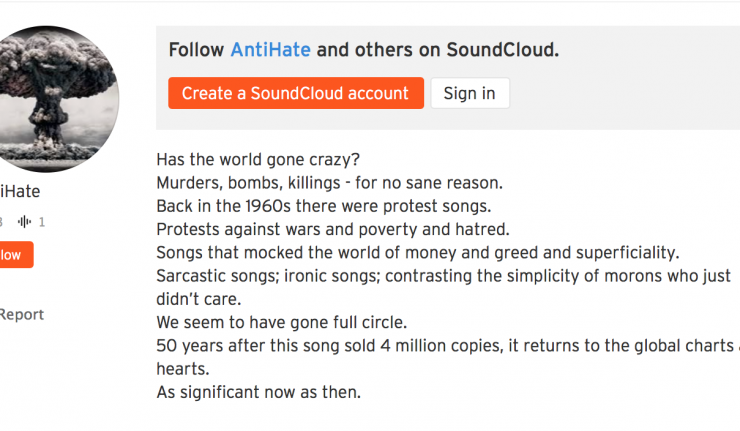 August 12th, 2016 – Coming up with a stage name can be hard enough, but iTunes allegedly made one artist come up with two. A British musician has recorded a cover of the 1965 song “It’s Good News Week” by Hedgehoppers Anonymous, but when he wanted to release it under the name “IHateIsis” he ran into a problem. According to HeatStreet, iTunes would not release the single until he chose a different stage name. They’ve quoted the Apple streaming service as saying:

“Our policy is not to distribute content which could be seen as explicitly promoting hatred towards any individual or organization.” 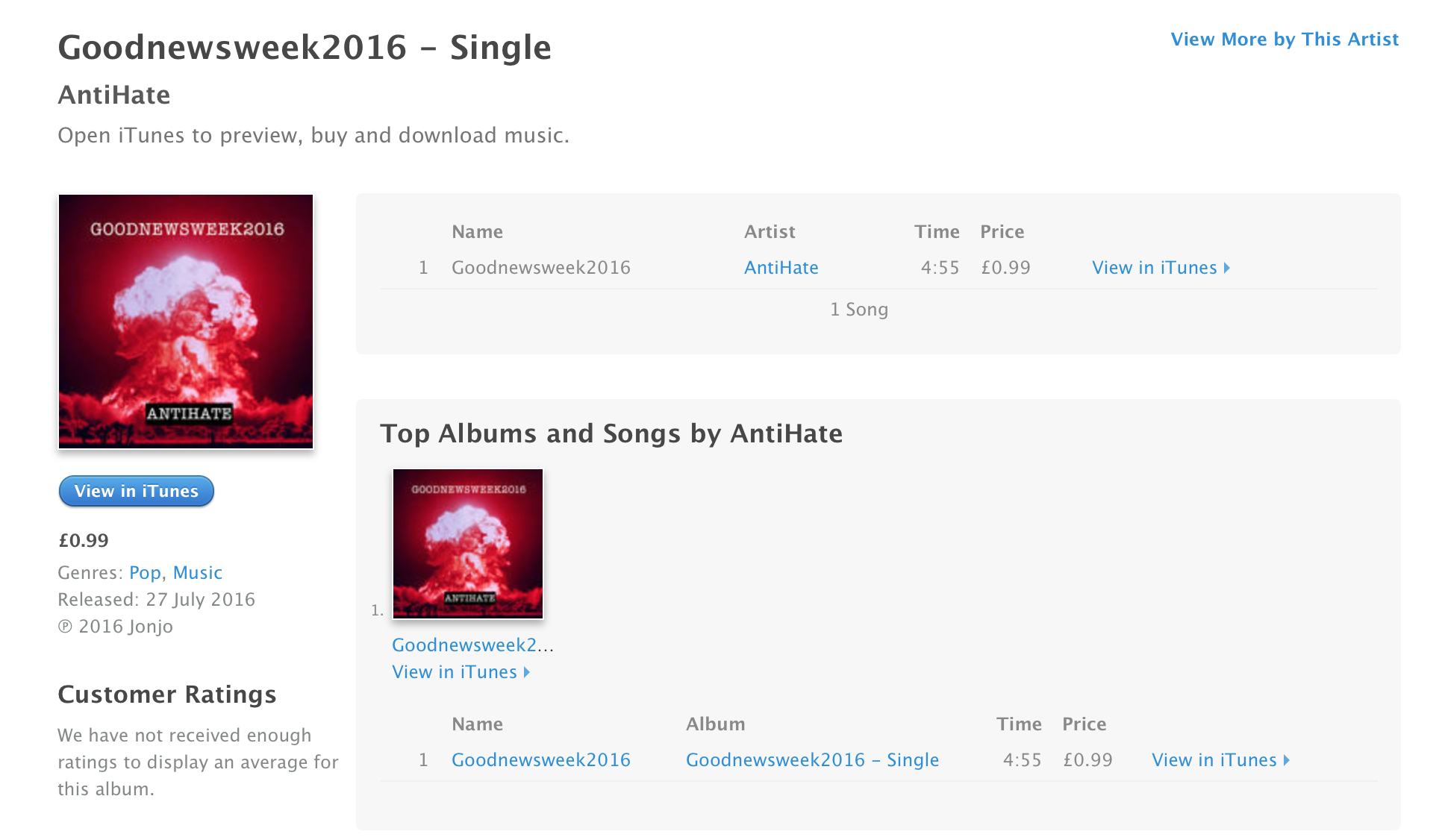 Currently on iTunes, the nearly five minute pop song can be purchased under the name “AntiHate.” However, YouTube and SoundCloud have released the single under the original handle of “IHateIsis.” The multi-named musician’s YouTube account is under the name “LetThereBePeace2007,” and he positions the updated ditty to be “just as topical today.”

The 60s jam was written and produced by Jonathan King and was used as the theme music for Good News Week, a satirical news-based Australian comedy quiz show which aired from 1996-2000 until its revival in 2008.

The singer’s SoundCloud page does appear to show both stage names; perhaps showing a pushback from SoundCloud or a conscious personal choice. Despite the speculated suppression, his written summary shows his longing to go back to the 60s and push a message of peace and protests over murder and greed.

Do you think an artist should have full artistic freedom or do you think streaming services should hold them accountable to certain guidelines? Share your thoughts below.