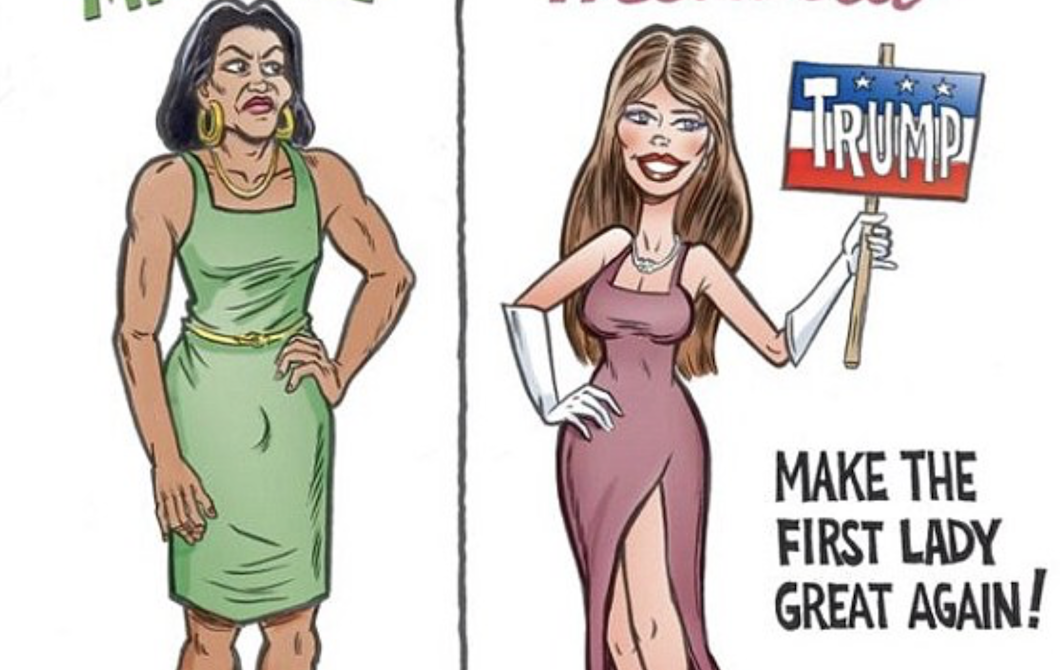 3 thoughts on “Michelle and Melania Cartoon Explodes on Twitter”