Woman Elects Death Over Trump or Clinton According to Obituary 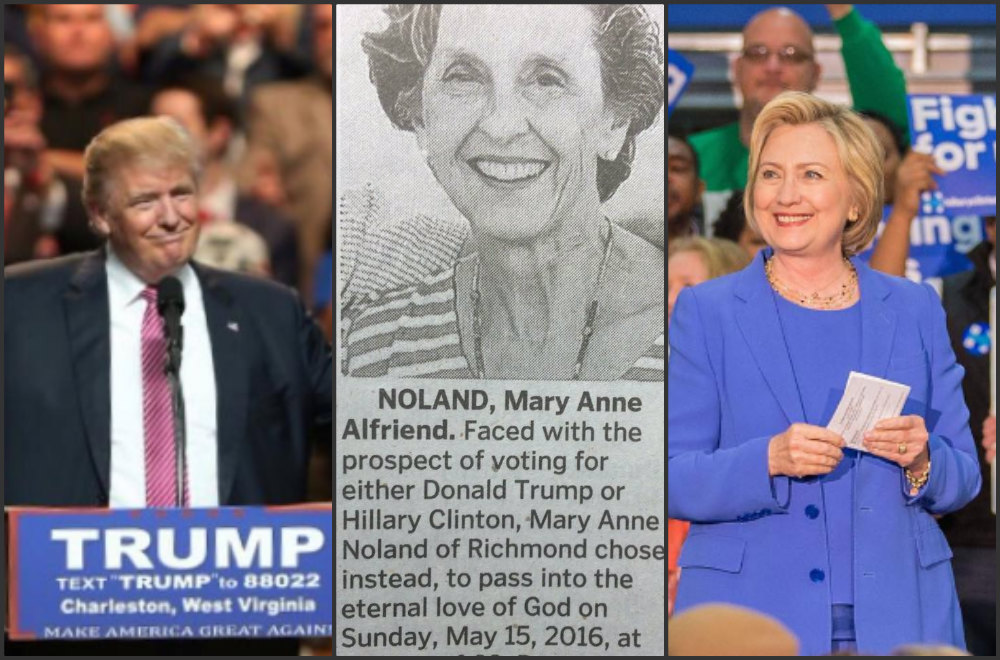