Rush Limbaugh Confused Why Gorillas Exist at All 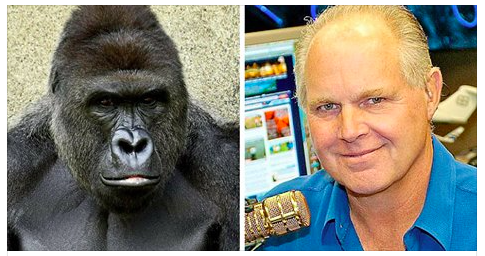 3 thoughts on “Rush Limbaugh Confused Why Gorillas Exist at All”