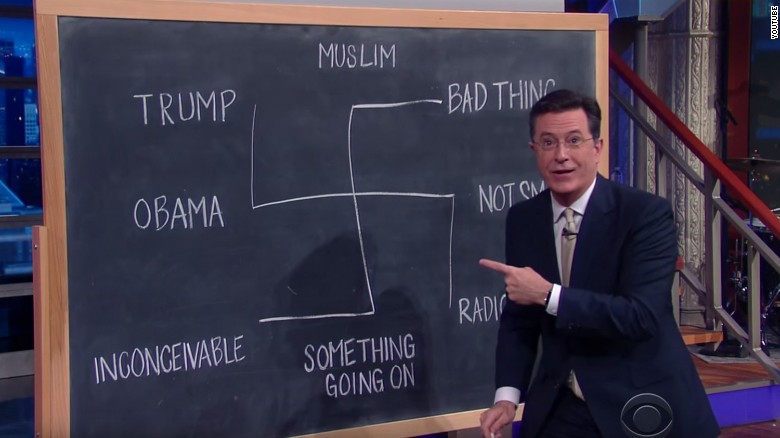 One thought on “Stephen Colbert Draws Swastika When Talking Trump”