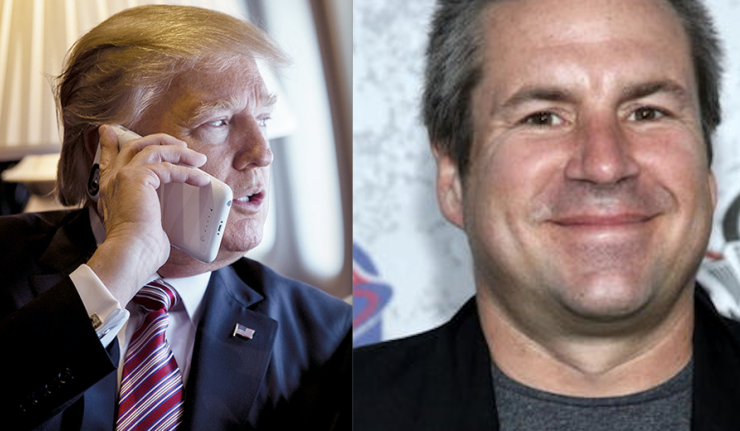 June 29, 2018 – John Melendez, best known as “Stuttering John” on The Howard Stern Show, claims to have spoken to President Trump on Air Force One this week after impersonating Democratic Senator Bob Menendez. The comedian posted audio from the call to The Stuttering John Podcast (audio here). Politico reports that the White House is currently trying to figure out how the prank caller got The President on the line.

I find it astounding that the news media’s not picking up the fact that I totally duped the President & got in touch within in less than 2 hours while he was on Air Force One. Shame on, NBC/, CNN & Huffington Post. I gave them a news story on their laps.

Do you think prank calling The President of The United States is Funny or Offensive? VOTE and COMMENT now…