Eric Trump Accuses Chicago Waitress of Spitting on Him 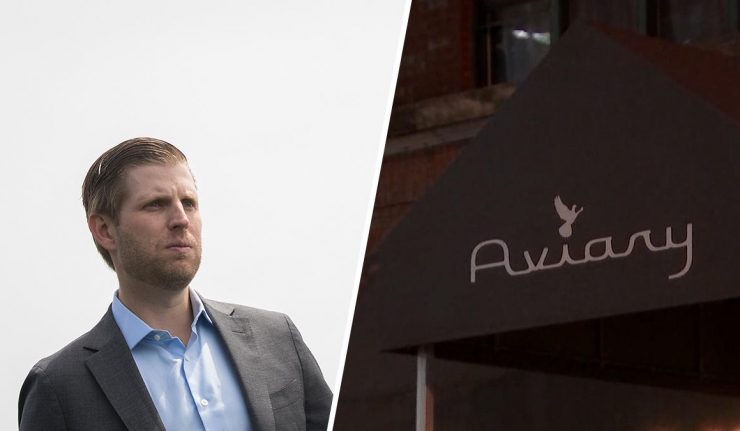 June 27, 2019 – Eric Trump, son of President Donald Trump, has accused a waitress of spitting on him at an upscale Chicago Bar. The bar has since confirmed that “an unfortunate incident” had indeed occurred involving Eric Trump:

Update – Statement from Chicago’s The Aviary on incident last night with employee and Eric Trump: pic.twitter.com/cWLE7wfsFO

The employee of The Aviary, a James Beard Award-winning cocktail bar in Chicago’s West Loop neighborhood, was questioned by Secret Service and eventually released.

Eric Trump has declined to press charges but said, “For a party that preaches tolerance, this once again demonstrates they have very little civility.”

Do you think the waitress spitting on Eric Trump is Funny or Offensive? Vote and Comment now…