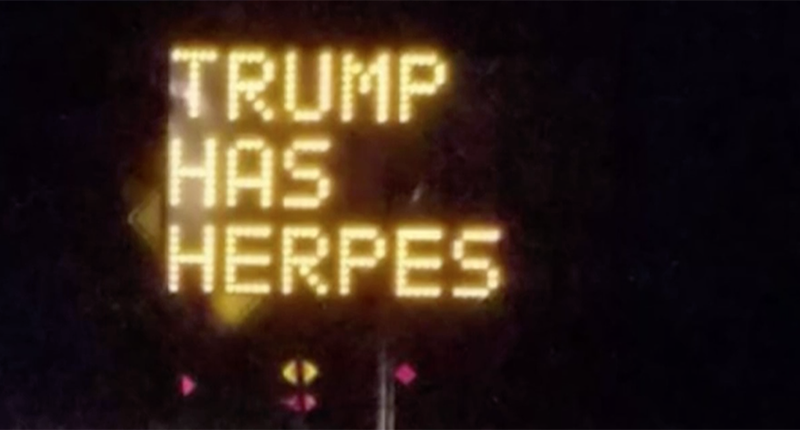 3 thoughts on “Interstate Sign Advises Drivers That ‘Trump Has Herpes’”