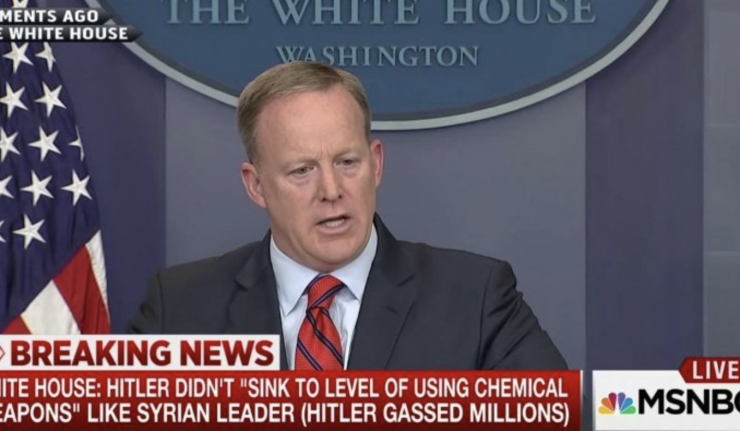 “He brought them into the Holocaust centers, I understand that,” Spicer said.

Quickly finding himself in hot water, Spicer spent the remainder of the day apologizing for his poorly-received Passover remarks:

“I was obviously trying to make a point about the heinous acts that Assad had made against his own people last week, using chemical weapons and gas. Frankly, I mistakenly made an inappropriate and insensitive reference to the Holocaust, for which there is no comparison,” Spicer said. “And for that I apologize. It was a mistake to do that.”