Viral Map Shows Which States Hate Each Other…and Themselves 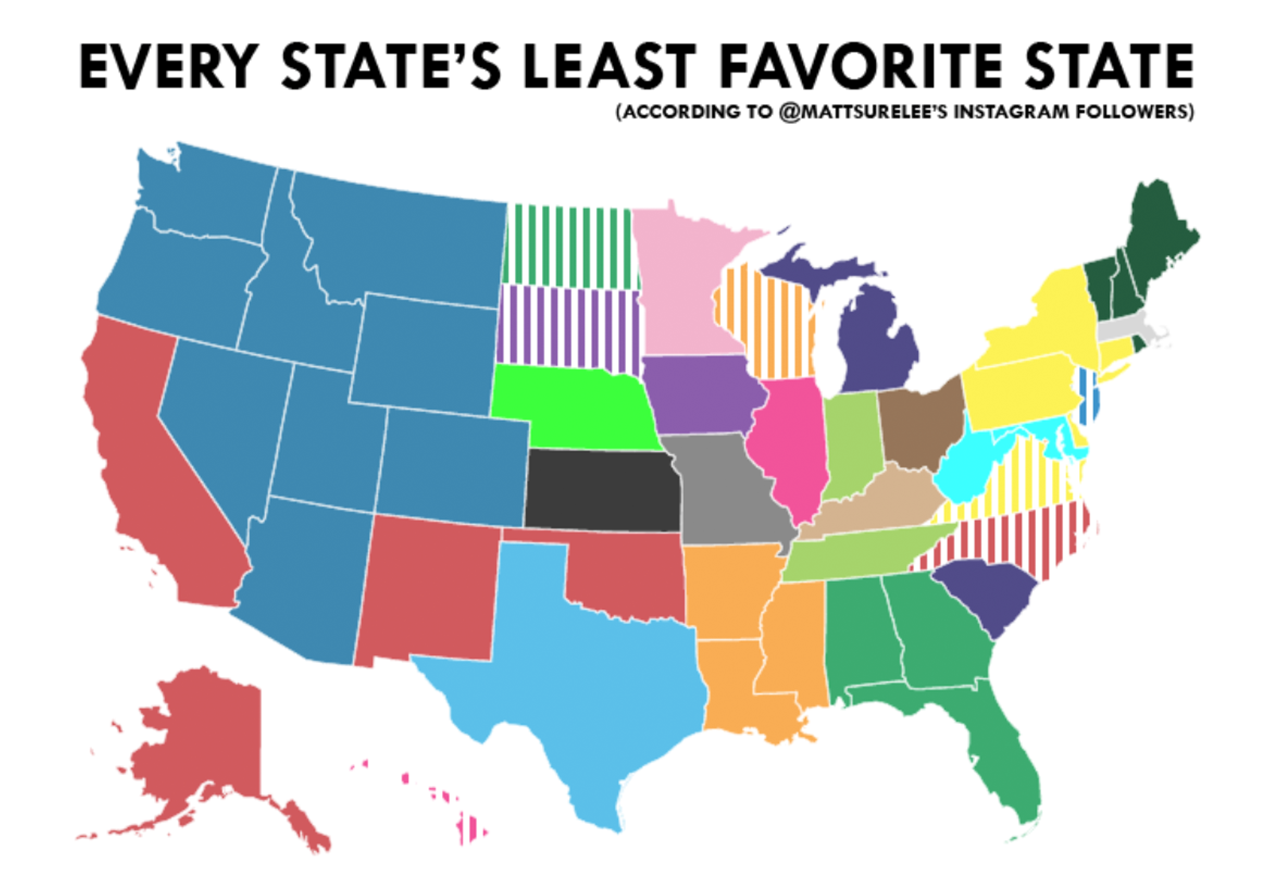