President Trump Appeared in Front of A Phony Presidential Seal 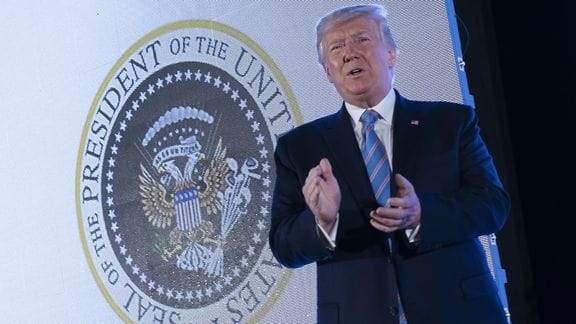